Inside clocks, computers and cars, gears and circuits that lie within engender a perfect exterior. As the saying goes, beauty comes from within. To relate this phrase to digital objects, one could say that the inner beauty lies in the respective code. Computers, artificial intelligence, and digital worlds are often created and thought to be man-made models of perfection and beauty. Yet, at the same time, these artificial worlds are cold and distant. Humankind is suspicious of total perfection. Mistakes, errors, and mutations are proof of life itself, our humanity, and our diversity.

A glitch is a flaw or a disruption in a system, which can be created by opening the code of an image and manipulating it. The proliferation of this visual language has put forward the question of looking at glitches not only as a temporary malfunction or equipment failure, but potentially as a tool for design. “GLITCHED” is a set of images that have been corrupted by adding, removing, or misplacing lines of code. Surprisingly, it is much easier to corrupt files on older computers and thus it follows that the aesthetic of modern glitches might soon disappear. This project is a lexicon of the most common and distinct textures, patterns, and visual effects associated with a glitch conceived in order to document our modern-day aesthetic of corrupted data.

Farida Foda is an Egyptian designer living in Dubai and studying at the American University of Sharjah. She is interested in the process of glitching in analog and digital realms, in utilizing error as a design tool, and applying code manipulation to visual design. Her upcoming project will explore the effects of code manipulations on Arabic Typography. 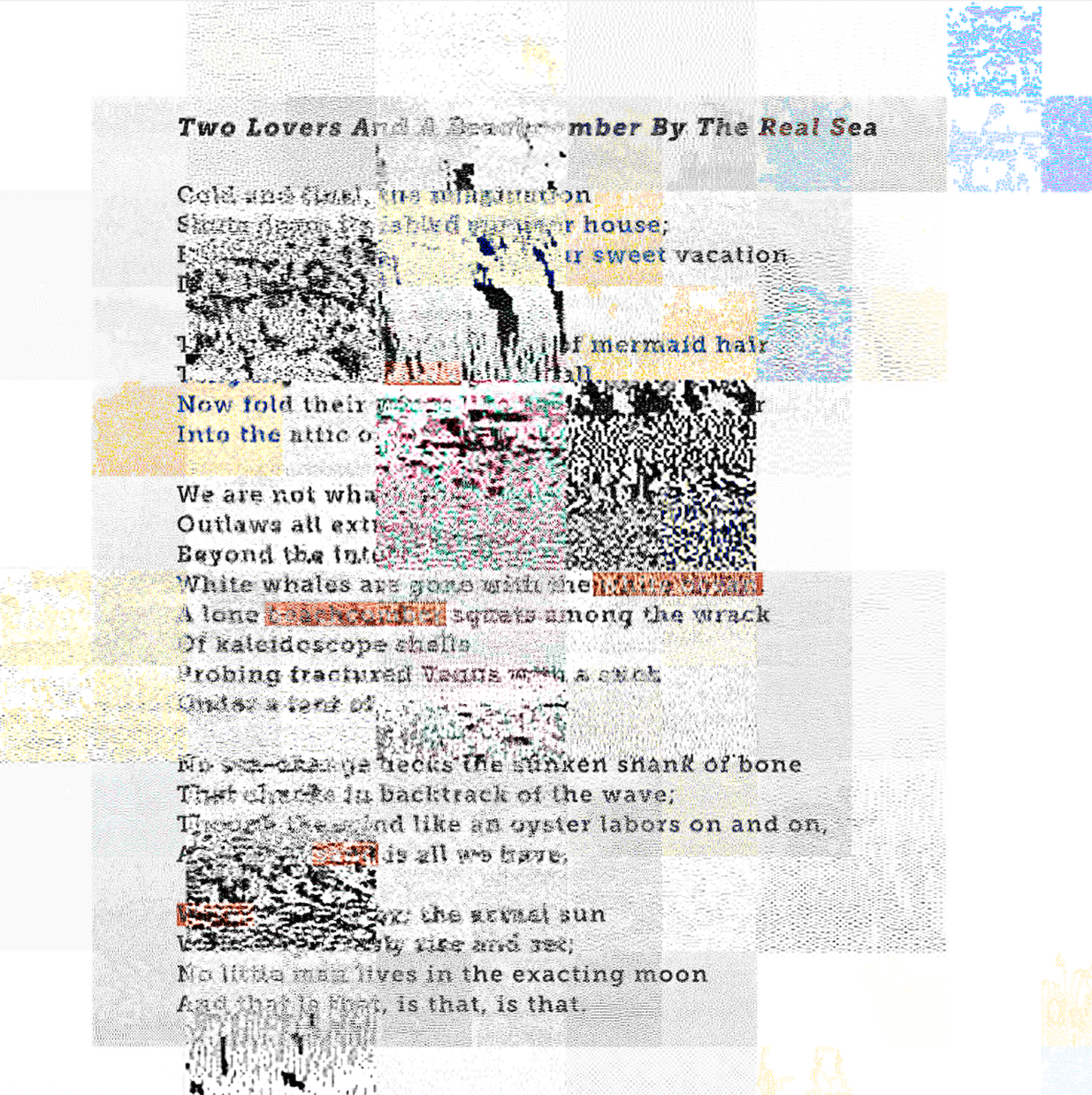 In Your Hands
Ayaha Kato